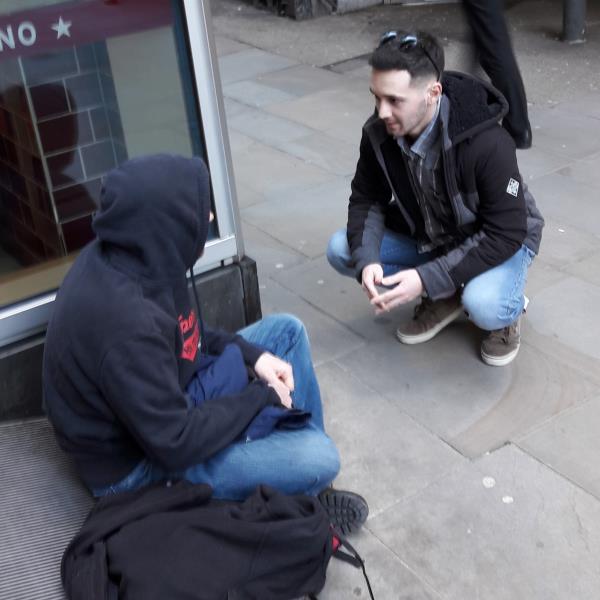 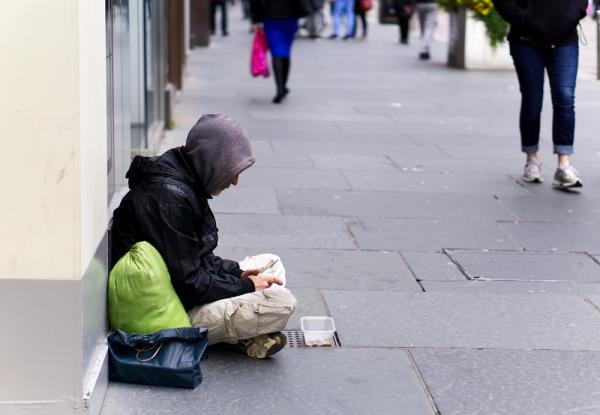 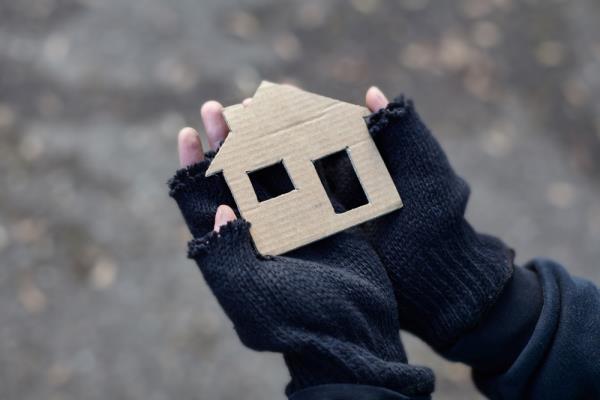 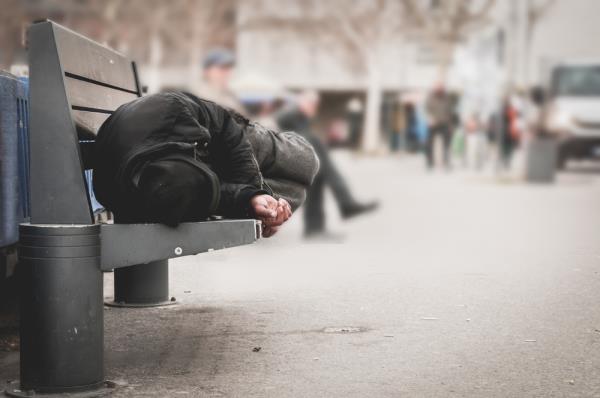 When someone becomes homeless in London, they often stay on the sofa of a friend or family member for a while. Two Step helps many of these so-called ‘hidden homeless’ or ‘sofa surfers'. The graphic shows how people typically access our service. The blue circles show where there are opportunities to volunteer. 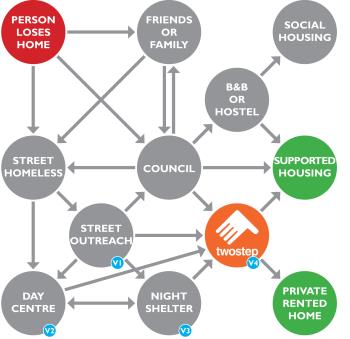 Homelessness is very isolating - the longer that someone sleeps rough or lives in poor conditions, the lower their self-esteem and the greater the chance of developing mental health problems. Two Step is typically able to house around 20-25 people a month so that they can move on with their lives and avoid or escape the downward spiral of life on the streets before it's too late.

Behind the statistics and trends, each story is unique. Here are some examples of people we have helped recently:

Jack is a scaffolder but is now too old for people to hire him. Someone let him sleep in a boiler room for a while, but that option ran out after a couple of weeks.

Harry was evicted from his flat when the landlord wanted more rent than the reduced ‘Local Housing Allowance’ would pay. He slept in Heathrow airport until the security ‘moved him on’.

Hussein came as a refugee and suffers post-traumatic stress but shortly after he was given leave to remain by the home office, he had to leave his asylum seekers accommodation and ended up on the streets.

Patricia was abused as a child and became pregnant early on in her life. When she couldn’t cope, her children were taken into care meaning she no longer had the right to live in her flat.

After a traumatic family breakdown, Ade was asked to leave the family home and not come back.

Alex was abandoned by his parents when he was very young and went abroad to work. When he came back to London he didn’t have anywhere to stay and couldn’t hold down his job and ended up sleeping on buses and in libraries during the day.

While the data is stark and the human experiences are often heartbreaking, we are able to offer hope. Click/tap here to read Brett's story 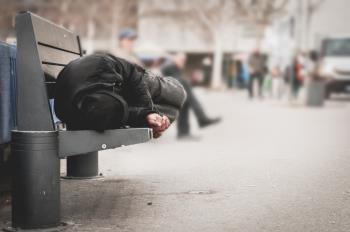 Why is this happening?

People become homeless for lots of reasons: the loss of a job, to escape domestic violence, release from the care system, breakdown of a relationship, bereavement - to name just a few.

The bigger picture is that after the financial crisis of 2008, £81 billion of spending cuts including cuts to council funding and benefits were made in 2010. The gap between market rents and what housing benefit will pay has continued to increase and it is no surprise that the ending of an assured shorthold tenancy (AST) is now the largest single cause of homelessness.

This, combined with other cuts to services and an increase in population has contributed to the rise in street homelessness which has risen every year since 2010. The official national count made in October 2017 estimated that 4,751 people in England and Wales were sleeping rough on that night - an increase of 169% from 2010.

But the official rough sleeping count is just the tip of the iceberg. Many people remain hidden: sleeping on night buses, staying out of sight, or roving from one couch to another. According to Crisis it is estimated that there are 236,000 homeless people in the UK.

Where is a local day centre?

You can see an interactive map showing all the day centres in London here. at the LHF Atlas site. By clicking on each location on the map, you can find out more. 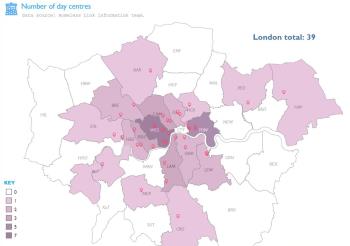